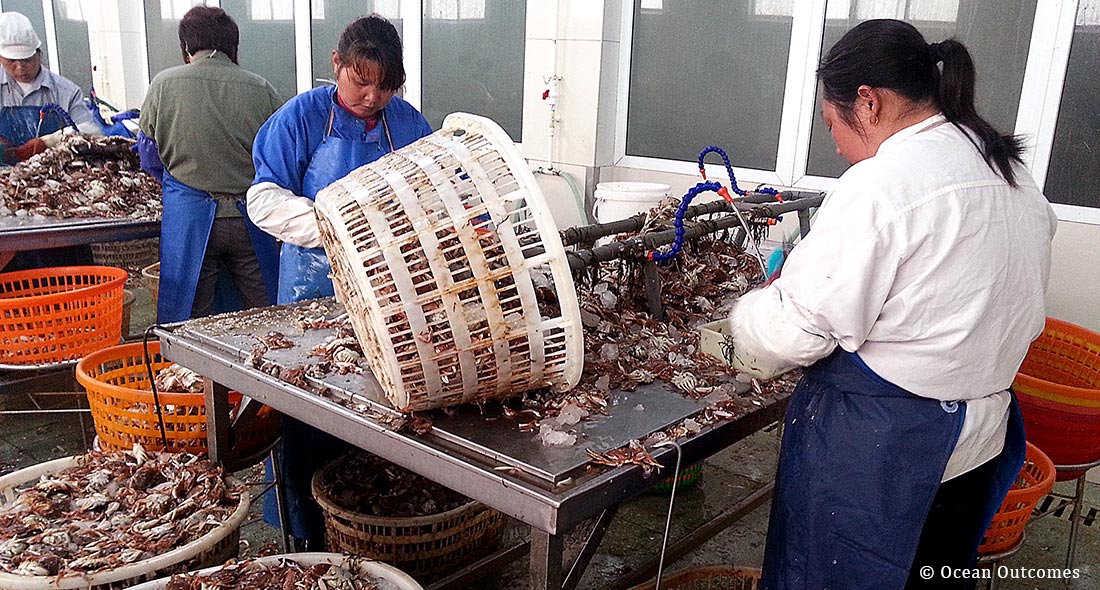 China’s Fujian Province is the leading fishing region in China for a ‘red swimming crab species group’ (RSC) comprised of red swimming crab (Portunus haanii) and three-spot (or red-spot) swimming crab (Portunus sanguinolentus). On an annual basis approximately 40,000 metric tons of RSC is caught here, most of which is processed in Zhangzhou. RSC is not only commercially important in China, but also supplies an important export market of crabmeat, much of which is imported by the United States in the form of canned crab. The Fujian Zhangzhou Red Swimming Crab FIP, comprised of over 1,000 bottom trawl and pot vessels, takes place on the Minnan-Taiwan Bank fishing grounds and is subject to a summer fishery closure common to all Chinese coastal areas. This closure attempts to protect fish stocks during the summer season, which is the general spawning and growth period for most economically important species. For the RSC fishery, the current lack of several key approaches—i.e., science based stock assessments, the implementation of a minimum harvestable size limit, and maximum sustainable yield (MSY) fishery management strategies—represents a serious risk to the fishery as little is known about the actual stock status of target species. Since 2012, many processors have found that large crabs reaching processable size, those with a carapace width of 8 cm or greater, have been decreasing in numbers. It’s estimated undersized crabs might account for as high as 80% of harvest.

This FIP is tracked publically in its entirety on FisheryProgress.org, see the Fujian Zhangzhou Red Swimming Crab FIP profile here.