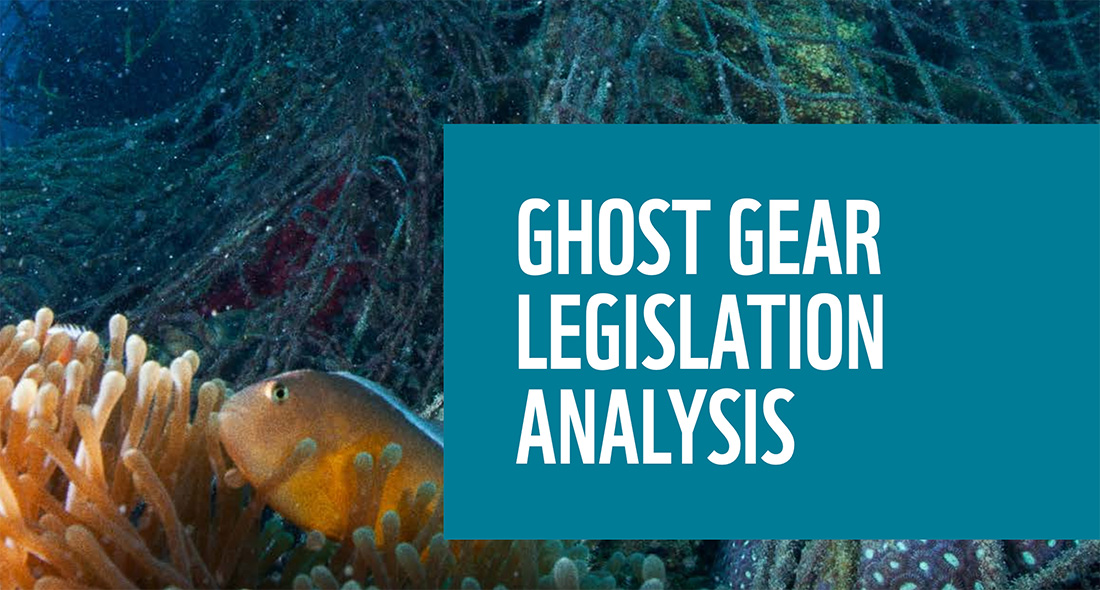 A survey of 34 ghost gear stakeholders — including 16 government actors — across 24 different countries found that most methods for preventing gear loss outlined in the GGGI’s Best Practice Framework are not being used, with 67% of respondents reporting that existing policy and legislation in their area are ineffective. The most common type of gear prevention policy utilized was gear marking, with roughly half of respondents reporting that this technique is used in their country; while the least commonly used policies were mandatory lost gear retrieval and national ghost gear action plans.

Notably, enforcement of existing rules was found to be the top priority for additional action on ghost gear

Other highly ranked strategies include passing new or amended legislation, developing governmental plans of action, developing fishery plans of action, and passing new fishery regulations. However, the spread between the ranked effectiveness of each strategy was minimal, meaning that respondents believed that all of the policies were relatively important. Extended Producer Responsibility (or EPR) schemes for fishing gear were also examined, and were found to have significant potential as an effective ghost gear prevention strategy.

“Like all aspects of plastic pollution, there is no one size fits all approach that will solve the ghost gear problem,” said GGGI Director Ingrid Giskes. “The findings of this report reinforce what we’ve long suspected: government action on ghost gear, as it exists now, is not enough. To effectively take on ghost gear, we need a suite of locally viable solutions and we need them to be implemented now.”

The report also includes an overview of current legislation, including international instruments and conventions, non-binding guidelines and resolutions, regional fisheries management organizations, and management measures in place. It showcases model practices through case study examples from countries around the world such as the laws for shellfish pots in Washington (USA), the Marine Living Resources Act in Norway, the Common Fisheries Policy in the EU, and the Ghost Gear Fund in Canada.

“This comprehensive report clearly identifies the importance for regionally and locally specific gap analyses to identify key issues creating ghost gear impacts and the factors limiting their resolution,” said Rich Lincoln, Ocean Outcomes CEO. “Such analyses can determine whether and how legislative approaches may be needed as part of integrated action plans that include a suite of tailored solutions. GGGI’s Best Practice Framework provides the basis for effectively identifying and implementing these urgently needed actions.”

Ghost gear is the single deadliest form of marine debris to sea life, continuing to catch and kill long after it has been lost or discarded in the ocean

It is also a major threat to healthy fisheries and those that depend on them for food and livelihoods: globally, an estimated 90% of species caught in lost gear are of commercial value. Gear loss occurs wherever fishing takes place, often due to rough weather, snags beneath the surface, and marine traffic accidentally running it over and cutting it loose. By carefully determining the need for legislation, developing plans of action, and striving for specificity in implementation, governments can ensure more effective solutions to addressing this form of marine debris.

“Some of our most beloved marine species are threatened by ghost gear, including sea turtles and dolphins. Entanglement can cause prolonged suffering, long-term physiological impacts, and even death across the world's oceans,” said Leigh Henry, director wildlife policy, wildlife conservation, World Wildlife Fund. “Preventing these plastics from strangling our wildlife and our oceans requires firm government commitment, and strong laws provide the cornerstone in the foundation for success."