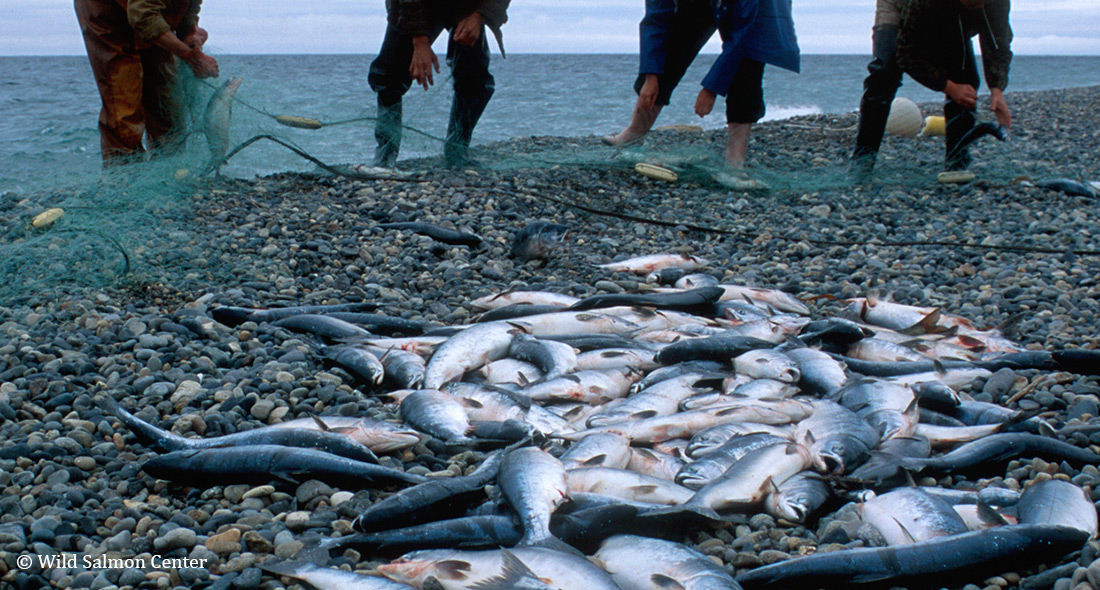 Who would have guessed that Northeast Sakhalin would be ground zero in the fight to protect wild fish in Russia?

Sakhalin Island sits astride two of the greatest water bodies on the planet: the Pacific Ocean and the Sea of Okhotsk. Cold, clear water and nutrient rich upwellings seed some of the most productive coastal salmon fisheries on the planet. Salmon are caught here primarily using coastal trap nets, in-river fishing weirs (RUZs), and beach seines. Fishing typically occurs from mid summer to early fall, and most of the harvest is sold in Russia, although there is increasing interest from U.S. and European markets.

Like many places in the Russian Far East, poaching is a big problem in Sakhalin. Teams of professional poachers work the upper streams of rivers during the short summer fishing season. Poachers use illegal gill nets to target female fish for red caviar. Often they stretch those nets across the entire streams, in the process destroying entire fish runs.

Urgent changes were needed in the fishery.

Recognizing the situation was unsustainable, a group of fishermen, scientists, conservationists, and local community leaders came together to form a loose alliance of reformers dedicated to the health of wild salmon fisheries. A systems level strategy was drawn up to fight illegal fishing.

First, a half dozen fishing companies in the region joined forces and pooled resources to pay for private anti-poaching brigades. These brigades control activities at main access points, patrol key rivers in the region, confiscate poaching equipment, remove river blockages, and report illegal activity to local authorities. As a result, poaching in those regions abruptly decreased.

Meanwhile, two Russian conservation groups, Sakhalin Environment Watch (SEW) and Moscow-based Transparent World, worked together to conduct an innovative satellite monitoring program to verify the legality of commercial trap net fisheries. Every year over 400 stationary commercial trap nets are set along the Sakhalin Island coast. The significant size and stationary nature of these nets make them visible from space. Using GIS mapping technology our Russian partners overlaid the coordinates of legal lease areas over the satellite images to assess the presence or absence of violations. The results, made public, showed an alarming number of infractions; nets completed outside of fishing zones (A), nets set perpendicularly (B), nets that fished too closed to closed river mouths (C), and nets that were much too long (D). These infractions can be seen in the following images. The good news is that the effects of this project have been stunning; since being brought to light, violations have been reduced by more than 60%. 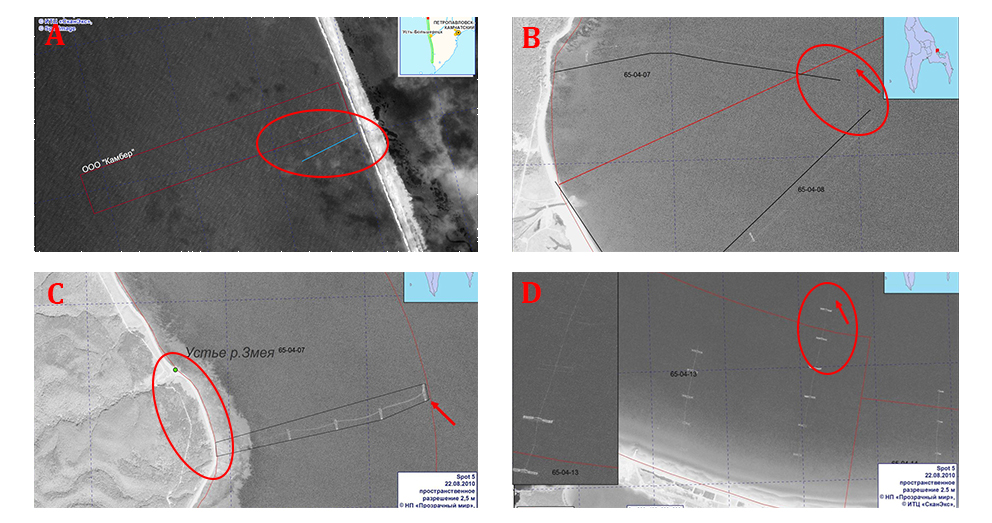 With IUU curbed, and with technical support from O2 staff, the Northeast Sakhalin salmon fishery was able to achieve Marine Stewardship Council (MSC) certification. It was an important validation of the fishery and also helped build value for the individual fishing companies; new business connections with were also made as a result.

Decreased in-river poaching, coupled with increased accountability in commercial fisheries, contributed to a dramatic bump in salmon returns in NE Sakhalin, returns which have now leveled off and remain at a stable level. This is in sharp contrast to other regions of Sakhalin where pink salmon returns have dramatically declined in recent years.

While still ongoing, the efforts and initiatives taken in NE Sakhalin have proven that improvement projects can deliver both environmental and commercial benefits for the environment, fishermen, and their communities.