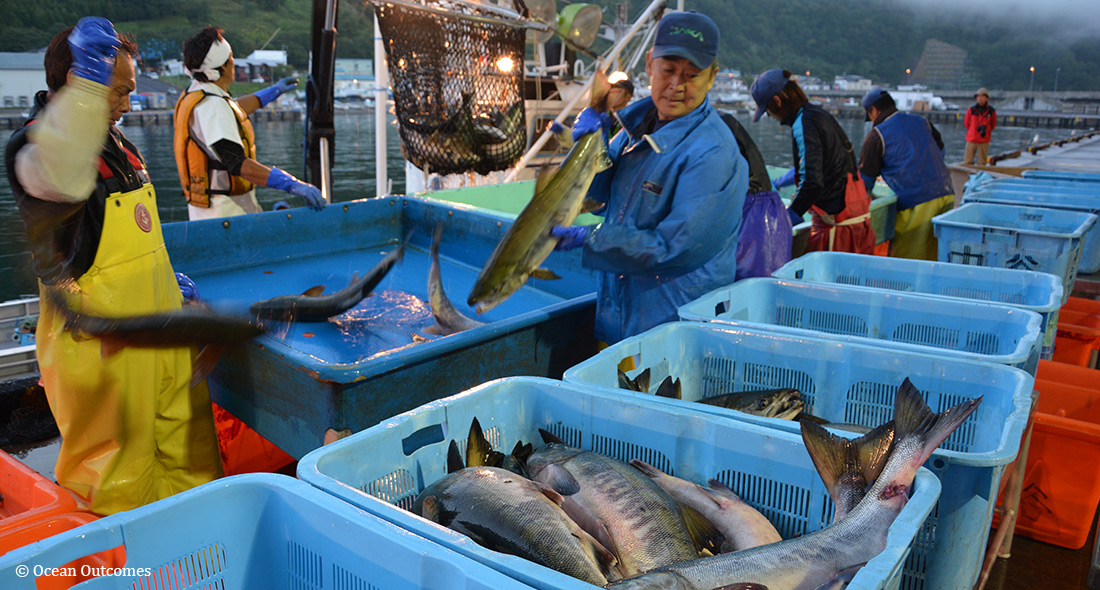 Not many people know that one of the planet’s biggest salmon runs can be found in northern Japan.

The Hokkaido Island chum salmon fishery is the highest volume chum fishery in the world, annually producing up to and over 100,000 tonnes of salmon, shipped to domestic and export markets (such as the US) alike. These days, the Hokkaido chum salmon fishery relies almost exclusively on hatchery production to meet their catch targets. Due to the destruction of old growth riparian forests and wetland habitat across most of Japan, and loss of access to natural spawning habitat--nearly 27% of the total spawning area of Hokkaido Island is inaccessible from the sea because of dams-- many of the native wild salmon populations have been extirpated. The list of lost salmon runs includes a beautiful and rare subspecies of cherry salmon (o. masou) and white spotted char (s. leucomaenis).

To keep commercial fisheries and local businesses running, Japan invested heavily in the development of one of the most extensive hatchery systems in the world, which now churns out billions of salmon juveniles annually. But, until recently, very little attention was given to monitor and protect the few remnant wild salmon populations.

As the conversation surrounding sustainable seafood grew, the Hokkaido Federation of Fishermen’s Cooperatives, which is the main producer organization for Japanese chum, became interested in promoting the sustainability of its exported products. Due to the fact that up to half of Hokkaido chum products are exported in a given year, it made smart business sense for the fishery to take a close look at an issue that was trending in the west. Through the grapevine, the Coop became acquainted with O2 staff, and ultimately a project was born in 2008 to conduct a multi-year assessment and monitoring program of wild salmon with the goal of laying the scientific groundwork for MSC certification.

The first step in the improvement process was to conduct a wild chum stock assessment, the first assessment in over 50 years in Japan. A team of Japanese field researchers in hip waders, trudging through miles of river bottom and soggy fields, did the hard work of counting the redds and spawners in order to estimate run sizes. A year or so later, the first of what ultimately became a series of research papers started coming out, reporting that naturally spawning populations of salmonids had been found in numerous rivers, and in some cases, were locally abundant. At the same time wild fish faced an incredible array of obstacles including nets, dams, roads, river works, etc. somehow, someway, they were still finding a way to spawn and survive in Japan’s rivers. If we could only give them a little help.

For the first time, the Hokkaido Coop and local managers and scientists worked together to start developing a national wild salmon policy to guide management strategies in salmon producing regions. This draft policy established the existence and importance of unique, distinct wild salmon populations, and made their conservation a higher priority.

While wild salmon conservation is a concept that is gaining ground in Japan, there is still a strong debate about the need to address the potential interactions between wild and hatchery-produced salmon. Most of the research that has been conducted on potential hatchery impacts on wild salmon fitness has focused on steelhead, coho, and Chinook. Research on potential chum salmon impacts has been limited and/or inconclusive.

While the fishery is unwilling to risk its commercial fishery by reducing their overall hatchery production, it has been willing to remove individual defunct hatcheries and designat hatchery vs hatchery-free rivers. This was a highly significant event for the precedent it set, and because the fishermen were the primary advocates for the hatchery removals.

Connected to these efforts to improve the Hokkaido chum fishery, the Shiretoko region achieved World Heritage status and national local authorities committed to a number of improvements for wild salmon fisheries and rivers. With the growing understanding of the need to protect wild salmon (due to the certification efforts), the fishermen of the regions supported a comprehensive dam removal program for the World Heritage site. Ultimately more than 30 dams were removed or modified to improve fish passage and spawning. Examples of these improvements can be clearly seen in the before and after sequence of images below. 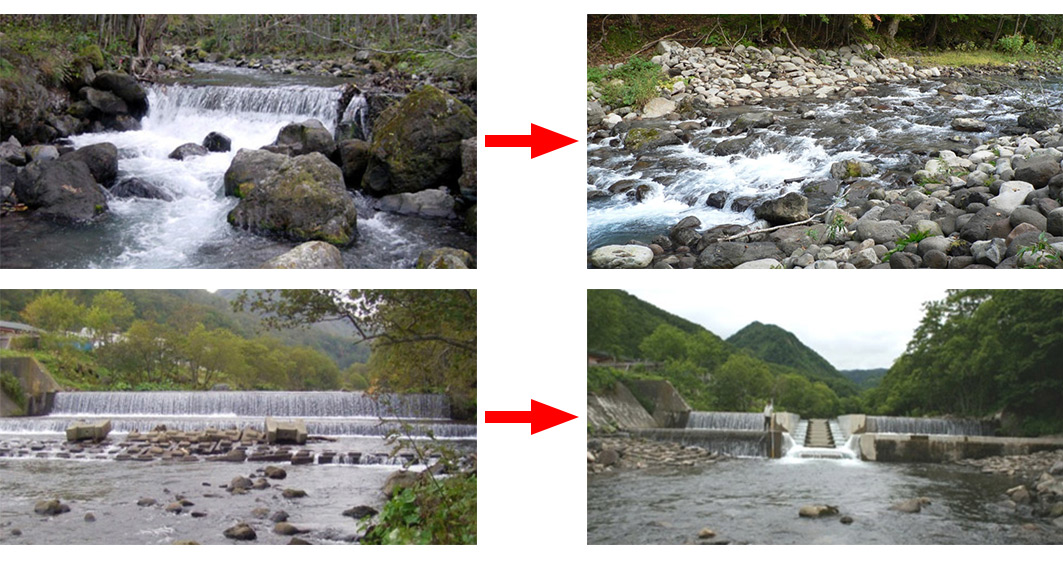 While the progress to date should be applauded, more work remains to improve the situation for wild fish in Japan. While the Hokkaido Fishery Cooperative ultimately left the MSC program, it is currently considering launching a formal, public Fishery Improvement Project (FIP), which would lay out the next steps in improving this globally important fishery.